Call for a quote 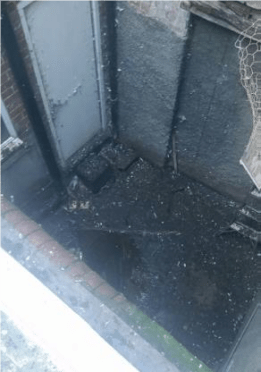 Total Pest Control were recently contacted by a customer to provide a pigeon netting solution to a void area which is enclosed on all four sides, three of which are fully enclosed with onside enclosedup to a height of three meters. The void houses several air-conditioning units (ACU) which belong to various commercial premise including a takeaway pizza chain and hair dressers.

Feral Pigeons (Columba livia var) have been sitting on the ACUs and a large extractor fan and fouling in to the void area leading to a build-up of guano, as seen in the picture to the right.

This guano build up along with other debris commonly found where birds are nesting/roosting can be very hazardous to health and can lead to many different diseases and conditions some of which are listed below:

Chlamydiosis – There are two both of which are influenza type viruses.

The one most commonly found is transmitted by birds such as pigeons and is known as Ornithosis. Although more like a flu-type disease, it should be noted that fatalities can occur just as with other influenza viruses.

Cryptococosis Neoformans – This is a very serious illness. It begins as a lung infection but can progress to the meninges of the brain causing Meningitis.

Salmonellosis – This is present in upwards of 90% of feral pigeons and slightly lesser percentages in the starling.

Extrinsic Allergic Alveolitis – This is more commonly known as “pigeon fancier’s lung”.  It is a serious allergic state which can only be remedied by the removal of birds and associated matter.

Erysipelas – This is a serious wound infection, which may be brought about by the transmission of streptococcus pyrogenes that may enter minor wounds from the debris of birds’ environment.

The client therefore wanted to restrict the access the birds had to the ledges and perches within the void to stop the build up of the guano and debris.

One of our surveyors attended the site to carryout a survey and it was recommended that initially Total pest control would carry out a deep clean of the void floor to remove the materials that are hazardous to health and then install a pigeon netting system to ‘build up’ the fourth wall and cap the top combined with spiking affixed to the parapet wall would be the best solution as pictured. 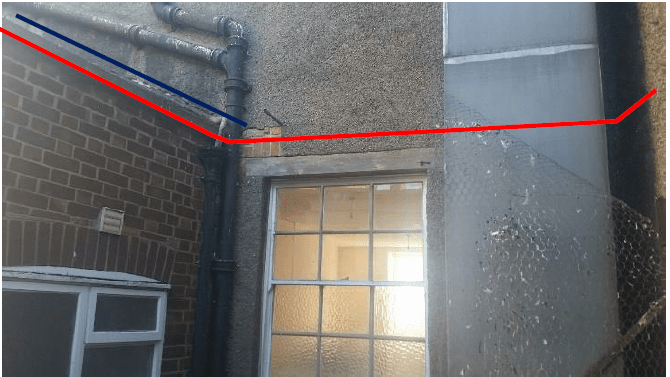 The only problem was that access was an issue on this project as the enclosed nature of the site meant it was impossible to get a MEWP in to reach the working height.

The solution on this occasion was to erect a scaffold tower within the void to reach the height required. Once this was in place the pigeon netting and spiking system was relatively easy to install and the client was very happy with the result. 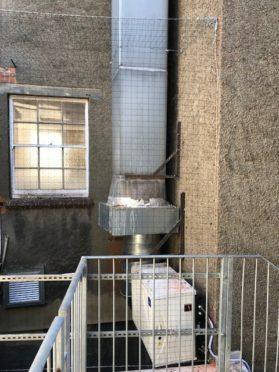 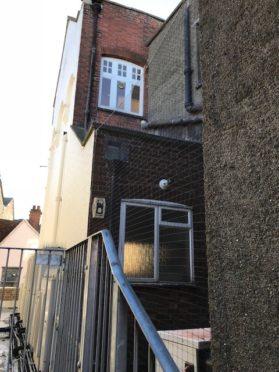 If you are interested in a pigeon netting system, or have any further questions regarding the bird control we offer please contact us on 01235 819511 or click here to contact us for a free, no-obligation site survey.

Call for a quote on

OR Request A Callback

Total Pest Control (UK) Ltd is a full member of the British Pest Control Association along with many other auditing bodies such as Prompt, CHAS, The Safecontractor Scheme and Achilles. This helps us to offer you the peace of mind that you deserve and our pest control services will provide you with.